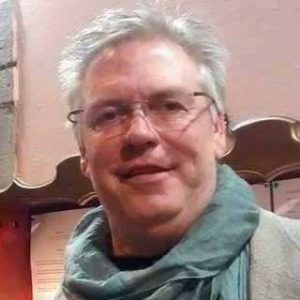 Tom earned a Bachelor of Science in Economics from Northern Illinois University in 1981. He also attended Oracle/PeopleSoft University, where he received extensive technical and functional training in the Campus Solutions module.

He is a first generation university graduate.

Tom’s interests include bicycling, international literature, French cuisine, and planning his next adventure.

He  has worked for the University of Wisconsin–Madison since 1998, where he was a member of the original PeopleSoft implementation team. His primary roles have been in development, process streamlining, and analysis. Tom retired from the Division of Information Technology here in 2014 to pursue a career as an independent PeopleSoft developer in France, working on projects in Paris, Lyon, Aimargues, and Strasbourg. He returned to the university in November, 2018 to complete a rewarding and challenging career arc.