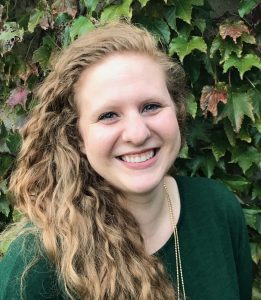 Sam attended the University of Wisconsin–Madison, where she earned a Bachelor of Arts in Spanish, Social Welfare (double major) as well as a Master of Science in Global Higher Education.

Sam was a rural Wisconsin and Pell Grant student. She also speaks Spanish, and her territory is Latin America and Canada.

“I came to college completely undecided. I took Spanish 101, because I wanted to learn another language. Still unsure about a major, every semester I just kept taking more Spanish classes because I needed credits and liked the classes. Finally, towards the end of my second year, I realized Spanish was my favorite, and why stop now? I should just major in it. I studied abroad in Spain, graduated with my bachelor’s degree, went back to Spain and taught English, fell in love with international education and now I’m here. So, two things: 1) Being undecided is TOTALLY fine. 2) You never know where a major or passion can take you, and it might be different than you anticipated!”