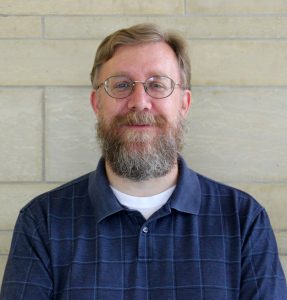 Nathan manages the office’s Salesforce CRM and maintains all of the Office’s database-driven websites, such as Visit Bucky. He is also involved in the technical processes related to setting up our admissions application as well as document processing. If it has an online component, he is probably involved with it. While studying political science at UW–Madison in the mid-1990s, Nathan was introduced to an up and coming technology called the World Wide Web, and quickly turned interest into a hobby into eventually a 25 year career in database and web development.

Nathan has been an avid video gamer since he was seven years old, playing his first arcade game, Space Invaders, in a laundromat in 1979. Forty-one years later he is still gaming, and owns both a homemade arcade machine and multiple home video game consoles.